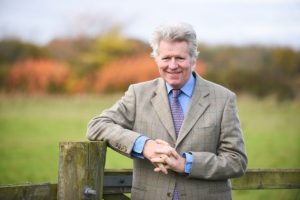 The High Sheriff of Norfolk has been named patron of a West Norfolk charity which provides a helping hand to young people experiencing difficulties in mainstream education.

Open Road West Norfolk offers various levels of automotive training for students from its workshop on the Hardwick Industrial Estate in King’s Lynn.

Young people are able to visit the facility to learn the ins and outs of vehicle mechanics – and have the opportunity to gain industry-recognised qualifications from the experience. Schemes are also available for those aged between 16-24 who want to gain work experience.

The charity’s efforts were brought to the attention of High Sheriff James Bagge, who has accepted an invitation to be patron ahead of its 10th anniversary next year.

Mr Bagge said: “It’s a huge honour to be patron of Open Road West Norfolk. The charity’s progress to date is impressive and I’m delighted to now be part of its future.”